Home » About Us » Board of Trustees

SC Power Team Board of Trustees 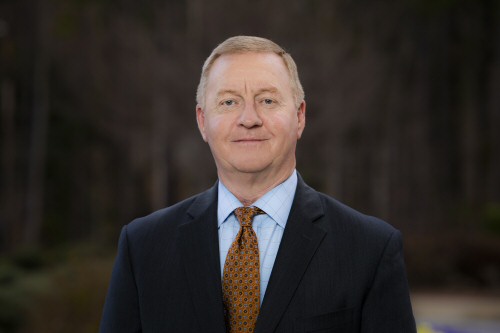 Bob is the President and CEO of Mid-Carolina Electric Cooperative, Inc. located in Lexington, South Carolina.

He grew up in St. Matthews, S.C. and attended Clemson University, where he received a BS in Electrical Engineering. During his time at Clemson, he was a student athlete playing both football and baseball. He was a member of the 1981 National Championship football team.

Bob has been married to his wife, Dale, for 39 years and has one daughter, Brittany, a son-in-law, Jason, and two grandsons, Jake and Brody. Bob has spent the last 16 years as CEO and currently serves as a board member of the following organizations: Central Electric Power Cooperative, Inc., Cooperative Electric Energy Utility Supply, Line Equipment Sales, and the Electric Cooperatives of South Carolina.

He was instrumental in founding CarolinaConnect Cooperative in 2016, to provide High Speed Internet service to the members of MCEC and other Cooperatives across S.C. 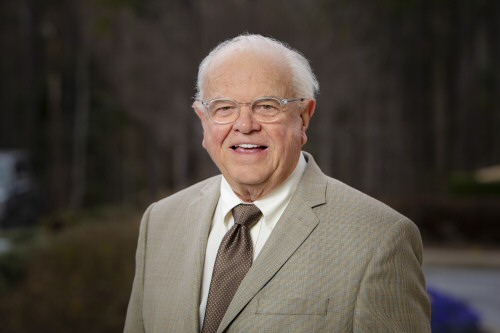 James L. Rowe (Jimmy), a 46 year resident of Hilton Head Island, is married to Phyllis Jessen. They have two daughters who were raised on the island and now have six grandchildren living on Hilton Head and in Bluffton.

Jimmy is currently a Senior Partner at Kinghorn Insurance Agency, LLC, and President of Rowe Farms, LLC. He was a former director of First Financial Holdings, Inc., dba First Federal Bank for 12 years. He is also a Director for Palmetto Electric Cooperative, Director for Central Electric Power Cooperative, Inc., a Commissioner for Broad Creek Public Service District, and serves on the Board of the South Carolina Wind and Hail Association. Also, he is currently the managing partner of Tier II Real Estate Investment Trust, partner in Sea Shack LLC and MC&F Properties. He was Past President of the VanLandingham Rotary Club and served as a director for the Hilton Head/Bluffton Chamber of Commerce and Lutheran Homes of South Carolina.

He is a charter member of Christ Lutheran Church on Hilton Head Island, SC., and has served on the Board of the Hilton Head Christian Academy serving as Treasurer for the Academy. He has recently been appointed to the Palmetto Economic Development Board dba South Carolina Power Team. 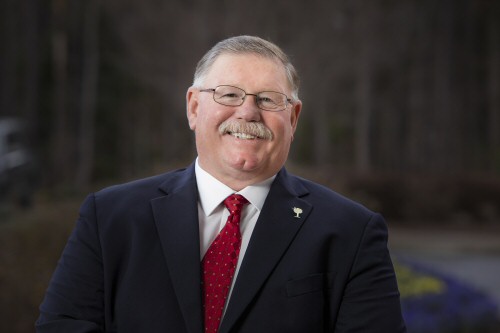 Keith Avery is the President and CEO of Newberry Electric Cooperative.

Keith also serves on the Boards of the Electric Cooperatives of S.C., and the Central Electric Power Cooperative, Inc.

He also currently serves on the Board of Carolina Connect, an internet provider for the Midlands of South Carolina.

He has been instrumental in landing substantial economic development deals to increase Samsung Electronics and MM Technics to name a few, plus several expansions in the Newberry Electric Cooperative territory.

Keith and his wife, Merri, reside in Prosperity. They have three daughters and three grandchildren. 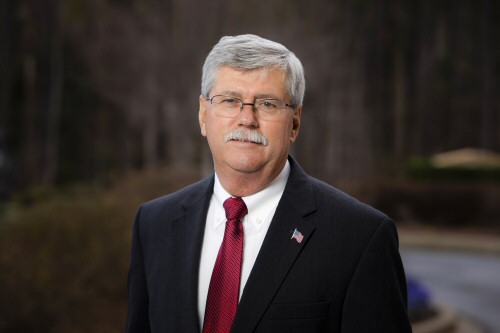 Dwayne’s drive for personal and professional growth led him to South Carolina where he became the President and CEO of Berkeley Electric Cooperative in 2012.

In 2015, he was recognized for his outstanding achievement in the mobilization of electric cooperatives and received the NRECA’s Paul Revere award. He enjoys working with a diverse membership and their communities as well as developing goals and helping employees to meet the challenges of a rapidly growing system. He also serves on numerous committees and executive boards at the local, state and national level.

In his free time, Dwayne is an avid hunter, cattle farmer, and since moving to S.C. in 2012, an avid fisherman. He also enjoys spending time with his 14 grandchildren. 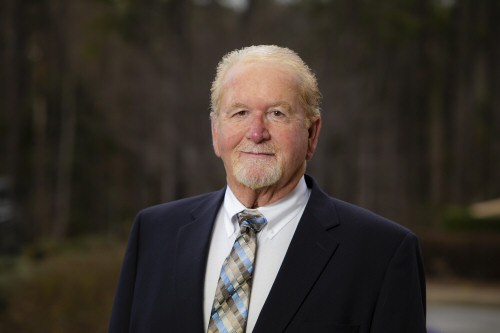 Steve Chewning has served on the Board of Trustees for Lynches River Electric Cooperative for 10 years and currently serves as Board President.

He previously served as Vice President and Secretary/Treasurer.

Steve is a resident of the Teals Mill Community and has been a member of Lynches River for 46 years. He and his wife, Janice, have two children, Summer and Cody.  Steve and his family are members of Mt. Olive United Methodist Church.

Prior to owning his own residential construction company, Sunset Builders, Steve worked with a local power company for 24 years. 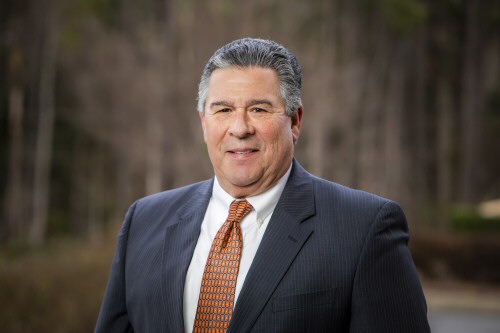 He was one of five CEOs who led the way in South Carolina when Touchstone Energy was formed in 1999. The five cooperatives joined immediately and encouraged other cooperatives in the state to join as well. Twenty-three of 24 cooperative organizations in the state eventually joined.

With over 39 years of experience in the industry, David understands the challenges faced by cooperatives that serve more rural, widely spread service areas. As a lineman, accounts payable clerk, office manager and CEO since 1997, he became well versed in every aspect of the electric cooperative business.

He has served as a Trustee on numerous cooperative boards and has been chairman of the boards of the state wide association, the co-ops’ materials supply cooperative and the state wide employees’ credit union. He currently serves as a board member and chairman of sub-committees of the National Rural Utilities Cooperative Finance Corporation. He was chairman of the boards of several community organizations including Trident Workforce Investment Board and Dorchester Academy, and was board member of Charleston Regional Development Alliance and Dorchester County Development Corp. He was named S.C. Ambassador for Economic Development for 2003 and 2014 by the Governor of South Carolina. 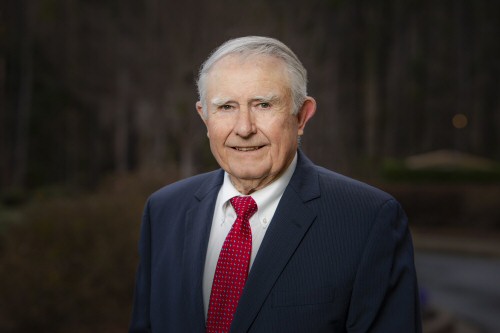 He is a U.S. Air Force veteran, in which he completed a term of overseas service in the United Kingdom.

Frank lives in the Dacusville Community near Easley where he pursues his avocation of supplying vintage parts for John Deere tractors with two-cylinder engines and farming. 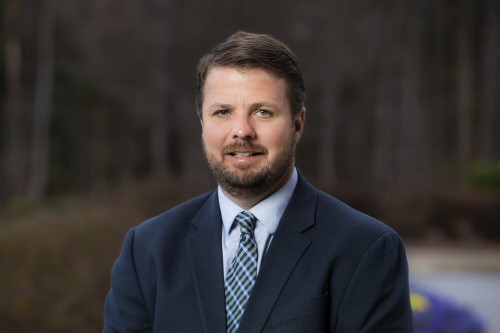 He has been with Tri-County Electric Cooperative for 20 years and has served in the role of CEO for the last six years. Prior to becoming the CEO, Chad was the Manager of Marketing and Government Relations.

He graduated from Clemson University in 1999 with a BS degree in Forest Resource Management and obtained a Master’s Degree in Business Administration from Ashford University in 2009. Lowder is also a graduate of the South Carolina Economic Development School, a certified NRECA/CFC Cooperative Finance Professional, and a NRECA Certified Key Account Executive. He has been a Member of the Board of ECSC, CEE-US, LESCO, and Central since January 2014 and joined the South Carolina Power Team Board in 2017.

Lowder was born and raised in St. Matthews, SC and married his high school sweetheart Amy Lowder in 2000. They have two sons Adam and Ryan Lowder. They are active members of the First Baptist Church of St. Matthews, where Lowder serves as a Deacon and former Chair of Deacons. 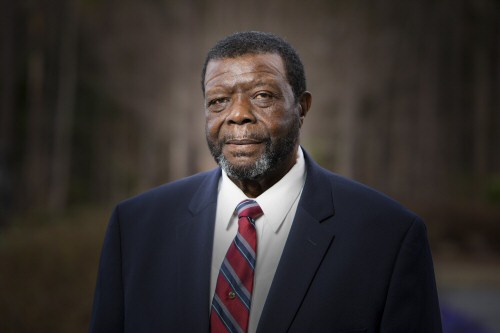 Andy McKnight is a member of the Santee Electric Cooperative Board of Trustees located in Kingstree, South Carolina.

As a veteran community leader, farmer and entrepreneur, he provides governance and oversight for planning, directing and managing the cooperative to achieve accountability and transparency. Santee Electric provides power to nearly 45,000 accounts in Clarendon, Florence, Georgetown and Williamsburg Counties.

He serves on various state wide and area boards and is a member of the Central Electric Power Cooperative’s executive board. Mcknight is also a member of Bethel United Methodist Church of Kingstree, South Carolina. He is also the owner of McKnight’s Service Station. 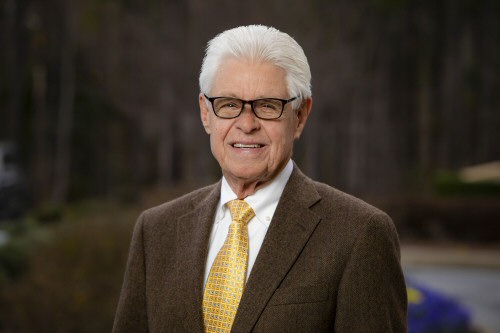 David Wasson is the President and CEO of Laurens Electric Cooperative in Laurens, South Carolina.

He attended Clemson University where he received his Bachelor of Science in Electrical Engineering. He graduated in 1967 and went on to attend the University of South Carolina where he obtained his MBA. 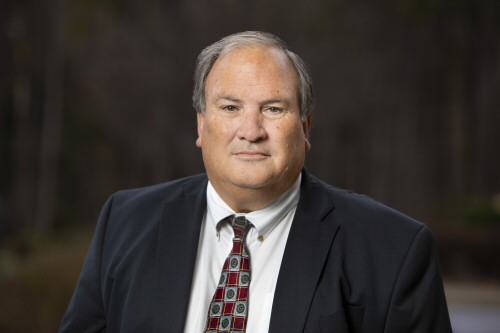 He and his wife, Sally, moved to South Carolina to continue his work with electric cooperatives. Larry has served as CEO of Coastal Electric Cooperatives since 1994. He joined the Central Electric Power Cooperative Board in 2012 and still serves as Chairman. 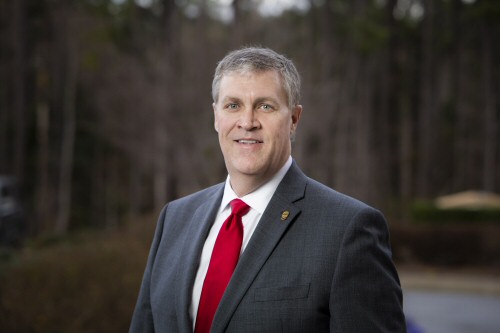 Prior to joining the Central Electric Power Cooperative, Robert worked in the energy field for 23 years gaining valuable experience as the Vice President of Power Production for Hoosier Energy, Vice President of Operations for Cinergy Solutions and he was even asked to lead the Market Risk Program at Duke Energy.

Robert is a registered Professional Engineer in South Carolina, New York and Indiana. He hold a bachelor’s degree in Electrical Engineering from Rose-Hulman Institute of Technology, an MBA from Indiana State University, a Master’s in Statistics from Rochester Institute of Technology, a Masters in Strategic Management from Indiana University’s Kelley School of Business, a Master’s in Public Policy from the Strom Thurmond School of Government at Clemson University and is currently enrolled in classes at Washington University studying law and legal issues.

He and his wife, Linda, have been married 25 years and they reside in Chapin, SC with their family.