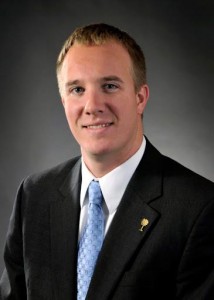 He will take a leadership role in project management, strategy implementation, and assist SC Power Team partners with all facets of the site selection process. He will participate in both Domestic and International marketing missions, conferences, and trade shows.

Jason joins SC Power Team from North Eastern Strategic Alliance (NESA), where he was the director of business development. He was previously a project manager at South Carolina Department of Commerce focusing on recruiting automotive and distribution industries. In 2015 he received the Rural Development Project Leader Award by the South Carolina Department of Commerce for his dedication to economic development in rural areas of the state. The award recognized Jason for announcements which included 790 new jobs and capital investment of more than $62 million in rural South Carolina areas for projects he led. Projects included eleven new projects in ten different rural counties. Jason was with the department for five years.

Jason holds a Master of Business Administration from The Citadel Military College of South Carolina. He received his undergraduate degree from Lander University. Jason is a member of The Citadel MBA Association. He recently became engaged to Lindsey Dangerfield. The couple will make their home in Columbia, South Carolina.