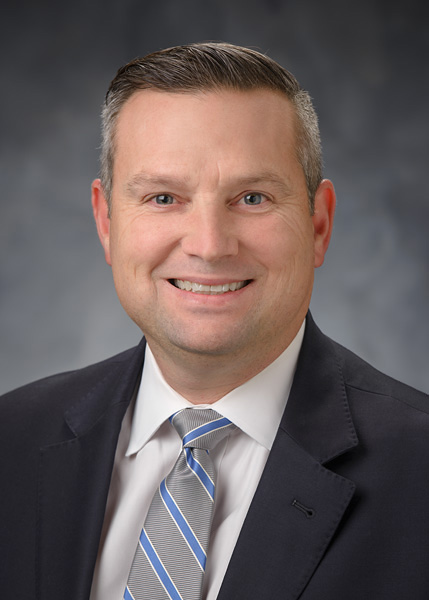 Jamie has been involved with numerous projects in the SC Power Team’s territory and throughout South Carolina, to include most recently, Wyman-Gordon, Sigmatex, QVC, and Monster.com. He has been intimately involved with the Phase II Site Readiness Fund (SRF) Initiative that the SC Power Team has underway, to include site analysis of over 78 sites, of which one mega site and three large sites were selected for additional due diligence and potential purchase as part of the SRF Initiative. Jamie has worked for other reputable engineering firms, to include S&ME and Stevens & Wilkinson of S.C., and offers two decades of experience in civil engineering, the last twelve years being in the field of economic development.

As Senior Vice President Community Preparedness, Jamie will provide high-level consulting and product development services to the communities within the service area of the SC Power Team, as well as to the organization’s global business team. He will be responsible for identifying, developing, and marketing sites and buildings within the service area of Santee Cooper and the 20 electric cooperatives. Additionally, Jamie will have oversight of the organization’s $30 million SRF and ensure projects are completed on time.

“With the addition of Jamie Frost, we are further enhancing our holistic offerings and comprehensive approach to economic development for Santee Cooper and the 20 electric cooperatives. Jamie’s experience will be key as he leads our team’s efforts to ensure we have inventory of market-ready sites across our system. He is well-respected in the engineering and economic development communities and brings invaluable experience to the communities we serve,” explained James Chavez, President and CEO, SC Power Team.

Jamie is a graduate of the University of South Carolina and has a degree in Civil Engineering. He has served as a member of the American Society of Civil Engineers (ASCE), South Carolina Economic Developers’ Association (SCEDA), and the National Society of Professional Engineers (NSPE). Jamie has actively served in leadership capacities with SCEDA and Committee of 100. Jamie and his wife, Beth, along with their four children—Caroline, Tripp, Annabelle, and Simms—make their home in Columbia, S.C.